Home » Disaster Preparedness » Our Sun Could Produce a Superflare Like This

Scientists have spotted a superflare, a massive solar flare, on a star quite similar to our sun. And, given the similarities of the stars, they say our sun too could produce such a brilliant and potentially destructive flash.

The properties of the superflare on KIC9655129, the other star, are similar to the sun’s smaller solar flares, suggesting the physics causing the flarescould be the same, the researchers point out in a paper published this fall in The Astrophysical Journal.

“If the Sun were to produce a superflare it would be disastrous for life on Earth; our GPS and radio communication systems could be severely 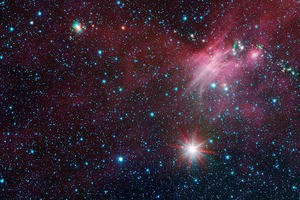 disrupted and there could be large scale power blackouts as a result of strong electrical currents being induced in power grids,” study lead author Chloë Pugh said in a news release.

“Fortunately,” she said, “the conditions needed for a superflare are extremely unlikely to occur on the Sun, based on previous observations of solar activity.”

Still, the flares of other stars could help researchers understand what might be possible in our own solar system.

“Our solar system is filled with plasma, or ionised gas, originating from the Sun as a result of the solar wind and other more violent solar eruptions, such as solar flares,” Ms. Pugh explained. “Stars very similar to the Sun have been observed to produce enormous flares, called superflares. To give us a better indication of whether the Sun could produce a catastrophic superflare, we need to determine whether the same physical processes are responsible for both stellar superflares and solar flares.”

Solar flares appear as a flash, as a burst of radiation across much of the electromagnetic spectrum. The burst occurs when the Sun’s magnetic energy builds up and then suddenly releases, usually from dark sunspots.

Often coronal mass ejections, eruptions of super-heated plasma into space, occur along with the solar flare. It’s these ejections that often cause the damage from the solar events, as the charged particles interact with the Earth’s magnetic field. This disruption can knock out GPS signals, radio communications and power grids.

In March 1989, just such a solar storm caused electrical blackouts across North America. Most significantly, power grids across the entire province of Quebec were out in what was dubbed The Quebec Blackout.

This article was compiled for Dr. David Jensen by Larry Heinrichs