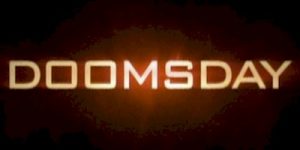 Doomsday prepping is a way of life.  We hear that all the time from the extreme doomsday preppers.

However, doomsday prepping can certainly mean different things to different people.  Some feel that anything less than a fully armed underground bunker filled with 3 years of food and water is a waste of time.  Others feel that having supplies for 3 or 4 days is sufficient enough doomsday prepping.

What Are You Doomsday Prepping for?

It’s become clear that there are 3 camps for doomsday prepping: Just Enough, Ready For Almost Anything and See You When the Dust Settles.  We’ll cover each of these doomsday prepping scenarios here and try to think which one most applies to your prepping plan.

These folks are planning for the power going out for a few hours or maybe a day.  They tend to believe that major disaster don’t happen and that their government will be coming to the rescue if things really get bad.

Doomsday prepping to this group is about making themselves comfortable for a day or two when a big storm knocks down a few power lines.  This is less about surviving disaster and more about being sure you have your favorite snack when the lights go out.

Ready For Almost Anything

The next group we have are those preppers that have convinced themselves that they need to have a plan for survival when the SHTF.  They are certain that we will see a major disaster whether it be natural, economic or otherwise

For these folks, doomsday prepping is a passion and necessity and not a hobby.  They differ from the first group of preppers in that they truly believe we will see a SHTF event whereas the “Just Enough” folks think it’s a rarity.

The preppers in this group will be ready when disaster strikes and will likely be able to keep their families safe.  I think this group makes up 30-40% of preppers out there.

See You When The Dust Settles

Taking doomsday prepping to a completely new level, these folks are prepared to survive the most disastrous of scenarios.  Some call them extreme preppers but they certainly think of themselves as just preparing for the inevitable.

They have a plan for any SHTF scenario and believe they will be able to adapt to the unexpected.  While the previous group prepares for a disaster with one plan, these folks have multiple plans and backups to those to assure their survival.

This final extreme group makes up 10-15% of the doomsday preppers.

How do these various classifications of those doomsday prepping, prepare themselves?  What specifically do they do to survive whatever they believe will befall the earth?

Let’s dive into the diverse styles of true doomsday prepping.

Our “Just Enough” folks are preparing to be slightly inconvenienced by a temporary power outage or something similar.  Their idea of doomsday prepping is as follows:

– A few gallons of water – with no real way of replenishing it.

– Several boxes of pasta – likely with no method of boiling it.

– A few cans of fruits and vegetables – likely without an opener.

– Several gallons of gas – with not much idea what to do with it.

– A few flashlights, batteries and maybe some cash on hand.

It would likely be a very short-sighted plan for just getting through a few days.  While this is not doomsday prepping as defined by most preppers, it is a start.  Hopefully, these folks will read up on what is truly need for surviving disaster.

Prepping for a major disaster is what the “Ready For Almost Anything” group is all about.  Some of the doomsday prepping plans and provisions this group has made is as follows:

– Not only storing water but having a rain catching or other water filtration system for purifying and replenishing the water supply.
– A several month supply of food of various types focusing on nutrition.  In addition, a system of growing additional food utilize their land.
– At least one good sized generator with a supply of gasoline and oil.  Several extension cords as well as utility lights.
– Various medications including any prescription meds necessary.  Plenty of bandages and ointments.
– Extra clothing and footwear for all types of weather.  Not talking fashion here, just practicality.
– Cooking equipment with a method of fire starting (and containing).
– Various tools for cutting, building, maintaining and repairing.
– Multiple flashlights with extra batteries and bulbs.
– Candles, lamps, or lanterns with multiple sets of matches and other fire starting supplies.
– Weapons for defense such as firearms, knives or blunt objects.  This includes storage of ammunition.
– Most plan to bug-in so they outfit their homes with upgraded home defense systems and measures.
– Cash, gold, silver, foreign currency and other items to barter with in the event of an emergency.

There are other items we could include here but some of those fit better with the next class of doomsday prepper.

Our final class of survivalist style is that of the extreme prepper.  The doomsday prepping style here is similar to the above style, except there are backups to everything.

– Food and water storage is optimized to allow them to last longer.

– Solar panels are used to generate power for multiple needs.

– Plans are in place to bug-out in the event their location is compromised.  They have land and or plans for a bug-out location.

– Their bug-in locations can be quite elaborate as many have plans to go underground.

– Defense is a completely different level as weapons and ammo are plentiful.

– They tend to have one or two unique items they believe will be vital.  Just watch Doomsday Preppers on NatGeo and you’ll find one of these items.

These folks think of themselves as never prepared enough, even though they seem ready for anything.  These folks will be around when the dust settles.

Classify Yourself, Then Prepare

You probably have a pretty good idea where you fit n the above, but what do you do with this information?

I would suggest reflecting on where you think you should be and if you think your level of preparedness is in comparison.  I’m pretty sure I’m going to hear from people on how we left out something critical to doomsday prepping.  There is always more to do in someone’s mind but I believe that doomsday prepping is an art, not a science.

This article is a reprint from the home survival magazine and was compiled for Dr. David Jensen by Larry Heiinrichs