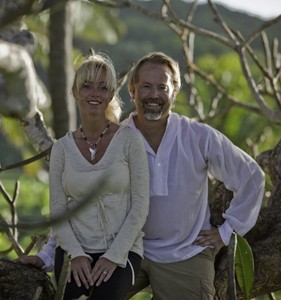 Dr. Jensen was born and raised in the small farming community of Beresford, South Dakota, where he developed a strong sense of the natural world as well as a passion for high school athletics. After graduation, he enrolled at the University of Minnesota where he majored in anatomy and physiology. Additionally, he minored in psychology. While working at the University of Minnesota Hospital, he came to realize that medicine could create miracles as well ascause unintentional harm. It was at this point in his career that he chose to take the road less traveled. His next stage of education was at Parker University in Dallas, Texas, where he focused his energy on becoming a chiropractor. This was a spiritual and challenging time in his life, during which his father held him to a few special agreements before passing away. In addition to the promise to become one of the top sports chiropractors in the nation, his father also asked him to go to Australia to fulfill a dream which he was never able to achieve in his lifetime. While this young man was traveling in northern Australia he was invited by three aboriginals to go on a Walkabout. Dr. Dave Jensen’s promise to his father turned into a major spiritual journey. After traveling through the outback of Australia, he walked with aboriginals who guided him on the path toward what Dr. Dave Jensen now understands to be the spirit-Mind-Body connection to the healthcare profession, as well as the world which it impacts. The revelations provided by a few Australian aboriginals have been instrumental in helping Dr. Dave Jensen create a strong mixture of spirituality and physicality throughout this book.

At the point he graduated with hisdoctorate, he had already been working with athletes at the professional and personal levels. Working with these thoroughbred athletes was both a challenge and a thrill. At this time, he advanced his studies to the elite level of Diplomat of Sports Medicine (DACBSP), which allowed him the responsibility and privilege to work on some of the most elite athletes in the world. Currently, many Hollywood stars and Fortune 500 business executives seek him out for alternative healthcare advice.

Dee was born in Kentucky and completed her undergraduate degree majoring with Psychology. She explored social welfare as a minor while attending the University in Florida. Her background includes educational training in premed, rehabilitation, and athletic conditioning. She became disillusioned with Western medicine because she had always envisioned a healthcare system different than the status quo. Upon meeting her husband-to-be, they began creating what they believed to be the future of healthcare. The basis is the integration of Eastern and Western medicine through education and empowerment. The concept provides a balanced approach to mind, body and spirit. Her advanced training in the Spiritual Paths program provided greater insight into a deep understanding of various religions within our society. Dee Jensen’s development of personalized lifestyle programs addresses past problems, present concerns and future goals. Her F.L.O.W. (Flexibility in Life Outside and Within) system has facilitated comprehensive changes for many people. Based on some of the methods she learned while teaching Pilates, her visions incorporate creating the capacity for a shift in consciousness for yourself and the world around you. Mrs. Jensen has written and been featured in numerous newspaper and magazine articles. Additionally, she has been a healthcare spokesperson on both radio and television. Her consulting services include healthcare program development, interior decorating, and architectural design.